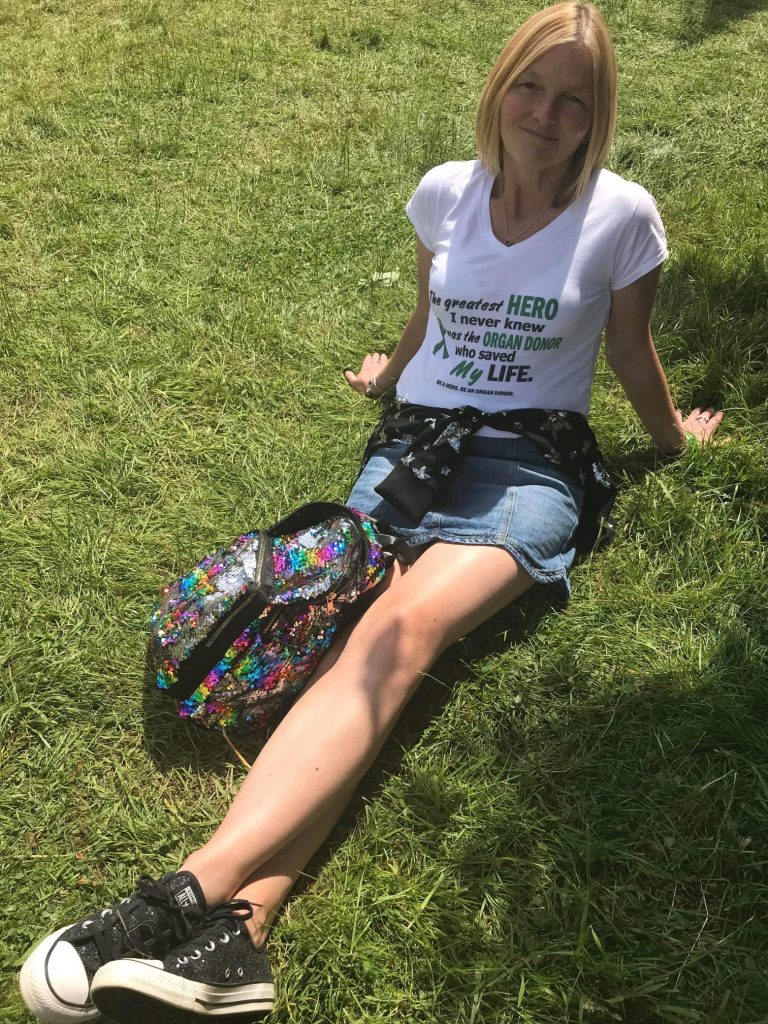 Val Pinfold struggled with her health for many years, until things got so bad she needed a liver transplant. She was fortunate to find a liver in time, but what happens when the liver transplant is unsuccessful and you only have a few days to live? Fortunately for Val, this scary story has a happy ending.

I went to my GP back in 2000 because I had been suffering with diarrhoea for rather a long time and had lost lots of weight. I was referred to a consultant at the Horton Hospital, Banbury. When he looked at my blood test results he found that I had the anti-mitochondrial antibody which can sometimes lead to Primary Biliary Cholangitis, and unfortunately for me it did. This was confirmed in July 2007 and led to checkups, various tests and scans over the years, which gradually increased as time went on. I was prescribed ursodeoxycholic acid, steroids and many other different medications over the years. If I got an illness it would make me feel more unwell and for longer than healthier people might. I did have the itch that can go with the illness at first, but thankfully that side of things disappeared for me. The main thing that I suffered with was the extreme tiredness.

I worked part time, lived with my two daughters (teenagers at the time), had a dog and a house to run, life was quite tough sometimes! I gradually started to suffer more as the years went on, with 2014 being the worse. I also got ascites for the first time and eventually had two drains. A consultant from the John Radcliffe Hospital in Oxford told me that it was looking like transplant time and in November 2014 my GP told me enough was enough, I just wasn’t fit to work any more, and he signed me off work. In the December I went to see a consultant at the Queen Elizabeth Hospital in Birmingham, who confirmed that I did now need a transplant very soon. In the first week of January 2015 I stayed in the hospital for a week and had all the tests for the transplant assessment. I was told that I was fit enough to undergo the operation and was put on the list.

I got the phone call in the evening of Saturday 21st February, 2015. After swearing, crying, telling Robyn and Leah (my two daughters) and getting my last minute things packed, Robyn, Leah and Gary (my partner) set off for the hospital. After I was admitted we all decided to try and get some sleep! I was taken to theatre for my liver transplant in the early hours of Sunday morning. My surgeon was Mr Mirza.

I think the operation went quite smoothly from what I have been told. But in the afternoon of the following day my family were told that the liver was failing, my arterial vein was too small and half of the liver was without blood. So I was put onto the super urgent list and again my family were told that another liver needed to be found for me within 72 hours. So just in time, on Friday 27th February I was taken to theatre for my second liver transplant. My surgeon this time was Mr Muiesan and he was assisted by Dr Mergental. This operation was a lot more tricky, took rather a long time, I had some infection from the failing first liver, I lost a lot of blood, and at a later clinic appointment I was told by Dr Mergental that they only just saved me in time.

Then followed my time in Critical Care. Obviously at first sedated, then woken up to start my recovery. But I was one crazy lady! I had such detailed ‘dreams’, which all involved the doctors and nurses looking after me, but were set in different places. Some of them were very scary. But worse than that for my family was that I was horrible to them. I was also like this to the doctors and nursing staff, refusing to have things done. I must have made it very difficult for them to do what they needed. This was a result of all the drugs and toxins that were in my body and is apparently quite a common reaction!

After a while I was moved out of Critical Care to the liver ward. Physically ready but definitely not mentally – I was still crazy there for a while! Then I got pneumonia, a very scary time, I just could not breathe. So back to Critical Care I went for further treatment. Thankfully I eventually recovered from this too.

When back on the ward again, and after getting through severe diarrhoea, not feeling well and losing weight, I very slowly started to recover. While being pushed around the hospital by my daughters in a wheelchair and watching everyone else walking around everywhere, I can remember thinking to myself that I would never be able to just wander around again. I was so weak. But eventually, after 5 weeks and 5 days I was discharged from the Queen Elizabeth Hospital.

Back at home some days were tougher than others but I very gradually recovered. It took months. I know I am very lucky to still be here today. My surgeons are now my heroes and I thank all the doctors and nursing staff from both Critical Care and the liver ward, that looked after me during my long stay in hospital. I am extremely grateful to my two donors and their families and always will be.

I have gone back to work part time and I volunteer in the liver ward at the John Radcliffe Hospital in Oxford and talk to the patients there. And I write a blog all about my journey www.mylovelyliver.co.uk – please do have a read!

I enjoy spending this extra time I have been given with my family and doing all the ‘normal’ things again that I wasn’t able to do for a long time without struggling. It’s now 2020 and I am feeling well. Let’s hope it continues.

All thanks to organ donation 😀