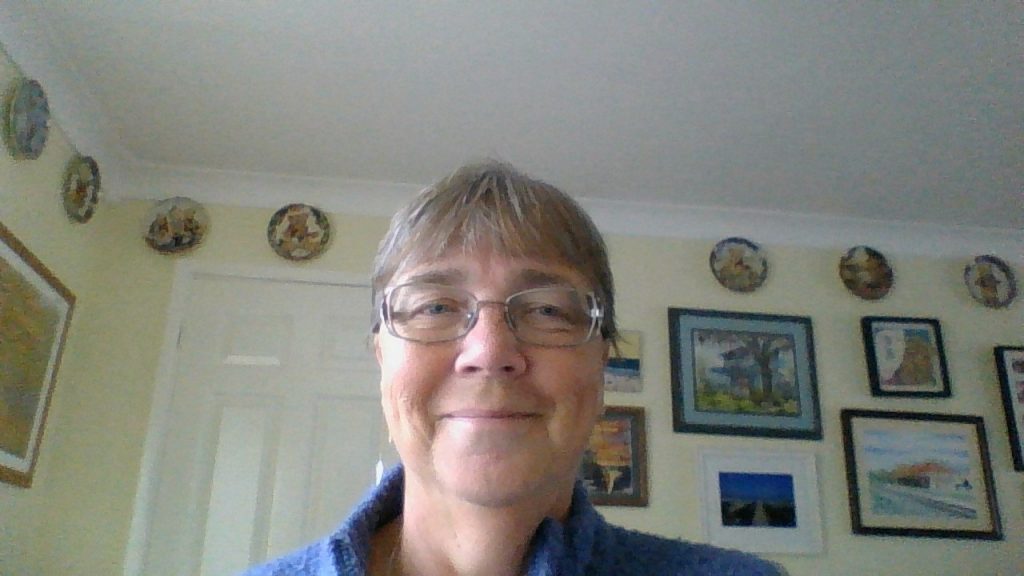 I had a heart transplant in July 2010. At the time I was living in America. I had a massive heart attack in June 2007 so travelling was out of the question and any thoughts of coming home were dismissed.

Hi, my name is Theresa Lucas.

I had a heart transplant in July 2010.  At the time I was living in America.  I had a massive heart attack in June 2007 so travelling was out of the question and any thoughts of coming home were dismissed.

During the heart attack, my mitral valve was damaged and leaking.  I had five stents put in and a pacemaker; my heart kept going into A-fib.  Before the transplant my heart was working between 10%-15%.  I was on the list for six months and had two false alarms.

On 1st July 2010 I received the call at work to say they had a new heart for me.  At 2:30 pm I went down for surgery.  When I awoke in CICU, I heard voices saying that I was looking really well.  The next day I was up and walking around the ward for 5-10 minutes.  I was transferred to the Cardiac ward and had a biopsy the following week to check the heart.  It was amazing; I was able to watch what they did on a screen so saw the metal stitches and the tube collecting bits of the heart to check.  I told the doctor not to take too much!  After two weeks I was able to go home, although I had to return every week for a biopsy as my heart was rejecting a bit.

The following September I became very tired and lethargic.  After various tests they found that I had the Parvovirus (like the one dogs get … lots of little jokes there!), so I needed a special blood infusion every day for five days.  It took nearly five hours to go in, and I discovered that the special blood cost $2,000 (£1,000) per bottle.

I returned to work at the end of September part-time, mainly because of the cost of the insurance (I had to pay at least 20% of each bill, each medication and consultation; I was charged the total cost of my operation and the first year’s medication: $750,000).  I was asked if we had $5,000 for the first year’s medication, without which I would die; thankfully we did.  We – in the UK – should realise that if we lose the NHS this is the type of money we could be spending for our medical treatment …

I returned to the UK in 2013 and started to visit Harefield – I love the nurses and doctors there.  I have been quite well since my transplant, although I do pick up bugs easily; I had Chicken Pox a couple of years ago and the Norovirus earlier this year, which was awful – my kidney function was failing and my INR went through the roof; I spent 13 days in hospital.  Never again.

However, three years ago I joined the Hamsters motorcycle club and in September this year I did a 5k walk – so it’s all good!