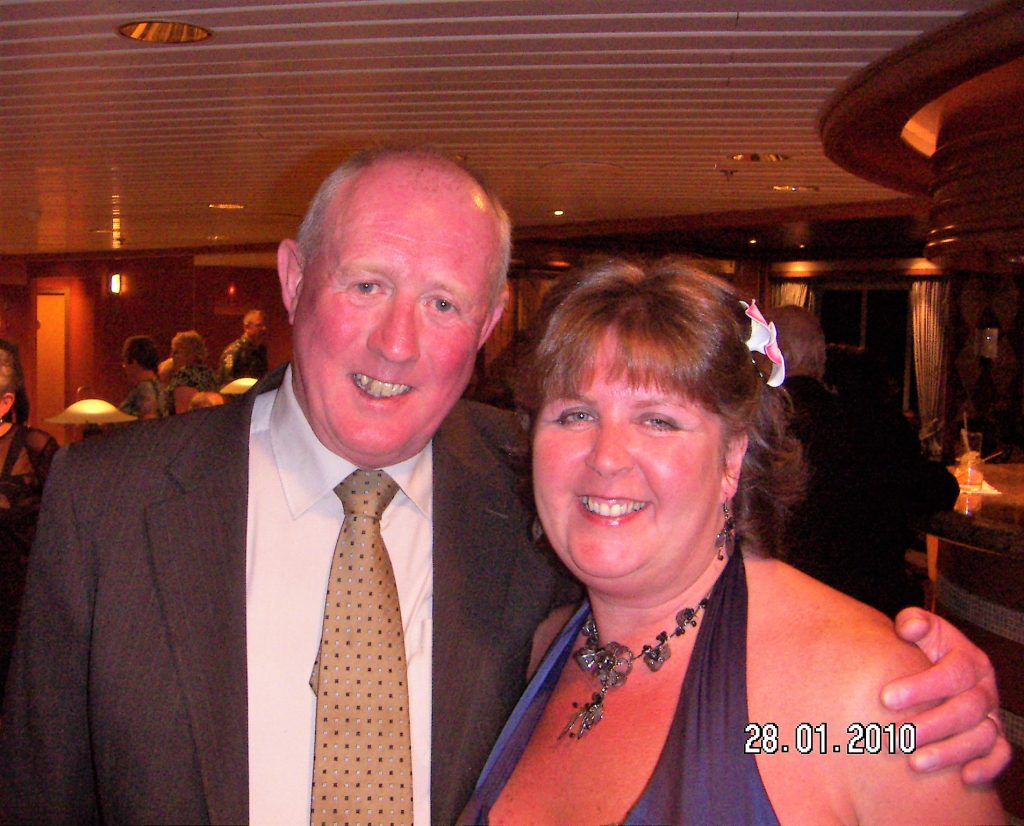 A few weeks later I was sent a letter from the NHS organ donation team to tell me that John had been able to donate his liver, both kidneys, heart valves, skin and corneas. I miss John every day but it does help my grief knowing that other people have lived or got a better life because of what we did.

John had high blood pressure and AF, which had been treated and should have been a thing of the past. However, five months after being discharged I was awoken on 8th August 2010 as John had “fallen” as he was getting out of bed. At first I thought he had hurt his arm, but then I realised he couldn’t speak properly.

We were rushed to the hospital in Milton Keynes and within 30 minutes I was told he had had a massive stroke and to call his relatives (his son David, daughter Leanne and grandson Tyler). He was sent to intensive care where he was on life support and sedated for monitoring, but two days later we were told he was “brain dead”. He was only just 62 but we had discussed organ donation, had put it in our wills and carried a card. We didn’t realise we should have registered online.

I asked the nurses if John could be a donor and they told me that they hadn’t wanted to mention it as he wasn’t on the register (they had already checked) – so I am so pleased I asked! I know the coordinator had to ask what we would be prepared to let John donate, but to have to go through every single organ was the worst time in my life. The organ donation team were fantastic. They looked after him well and treated him with respect right to the end.

A year later I received a letter from the 45-year-old to tell me he was fully recovered, he also told me (anonymously) that he had children and grandchildren and thanked me for allowing John to give him “The Gift of Life”. He told me a bit about his family and I felt so pleased that we had made that decision. Having gone through it, I understand why families don’t talk about organ donation and why, when the decision needs to be made, say no to allowing their loved one to donate as it is a horrific time; but the thought that something good came out of it somehow makes it easier to live with.

Since John died I have tried through Facebook and by speaking to friends to get people to register and “have the talk” with the rest of the family so that more people donate. I miss John every day but it does help my grief knowing that other people have lived or got a better life because of what we did.