My Journey Through Kidney Disease 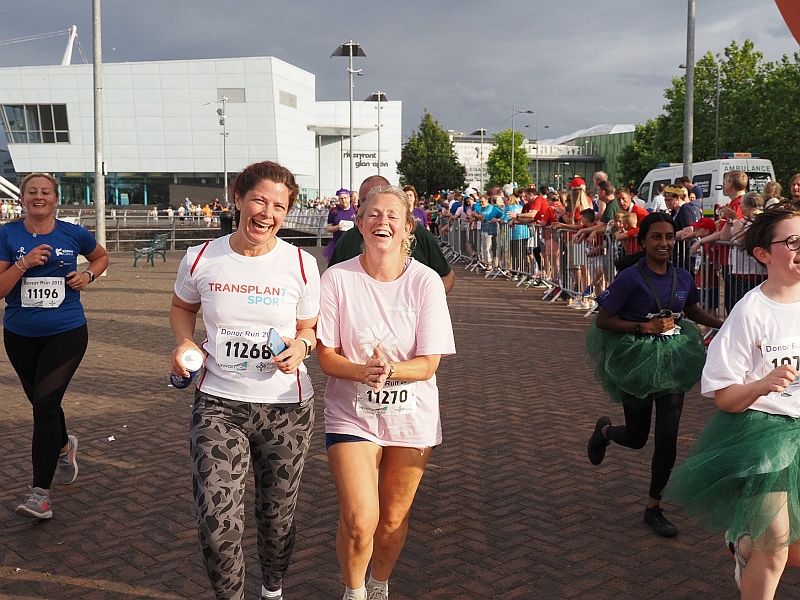 Back in 2010 I was a fit and healthy 34-year-old who thought that she was getting old! However, I was popping back to the doctors regularly as something just didn’t feel right, but each time I was told that I had a virus and it would clear up soon. As my symptoms worsened I insisted that they run tests…

Back in 2010 I was a fit and healthy 34-year-old who thought that she was getting old!  However, I was popping back to the doctors regularly as something just didn’t feel right, but each time I was told that I had a virus and it would clear up soon.  As my symptoms worsened I insisted that they run tests.

Once my blood results had finally been checked, the police came to my house, ready to break in as I could not be contacted by phone or by doctors who had visited my home.I was told that my kidneys were not working well and that I needed to go straight to hospital.

I have never been to hospital so this was a very new experience for me.They discovered that my blood pressure was 250/150 and all of a sudden I was an urgent case and the consultant was with me instantly.I was put on a drip to try and control my blood pressure; my arm was black and blue from the pressure exerted by the machine.I was then moved to the High Dependency Unit. It was a shock as I had been running the previous day but now I wasn’t even allowed to walk to the new ward!I was told that my kidney function was just 6% and that I would need a transplant very soon, otherwise I would need to commence dialysis.

Once my blood pressure was under control I was moved to the renal ward and had a biopsy of my kidneys.They were in very poor condition and would not sustain me for much longer.However, after a week in hospital I was given a large bag of drugs and told I was being discharged.I was really shocked to be leaving the hospital with so little kidney function but was told I would need to come back for clinic the following week.

At my next appointment at the hospital we discussed treatment options – basically dialysis or transplantation. Several friends and family offered to be tested to be a living donor for me.Eventually my mum was selected as she was the best match.I had lots of reservations about live organ donation as I was petrified that something would happen to her.However, she underwent vigorous tests to ensure that the donation of one of her kidneys would not be detrimental to her health.

Although the hospital was working really hard to perform all of the tests really quickly, my kidney function deteriorated to 4% and I was put onto peritoneal dialysis to ensure that I would be healthy enough to have my transplant when the time came.

On 11th January 2011, just four months after diagnosis, my mum gave me the greatest gift I could ever ask for: the gift of life.  Mum was discharged from hospital in four days and I was home after ten days.  Since then I have not looked back.  My life is wonderful and Mum has not suffered any ill effects from donating one of her kidneys.

I now participate in the British Transplant Games each year, where we celebrate life, thank our donors and raise awareness of organ donation.  Last year I had the honour of representing Team GB at the World Transplant Games in Argentina.  I came home with three gold, one silver and two bronze medals in swimming events.  I do this to show people what a wonderful gift organ donation is and how it impacts our lives.

The gift mum gave me ensures that I have a life which I live to the full just like everyone else. I work full time as a Finance Director, enjoy an active social life whilst also raising awareness of organ donation.I am so fortunate and I thank my mum, my donor, every day.

To read more please refer to my blog about my experience: http://tracyanncarroll.blogspot.co.uk/