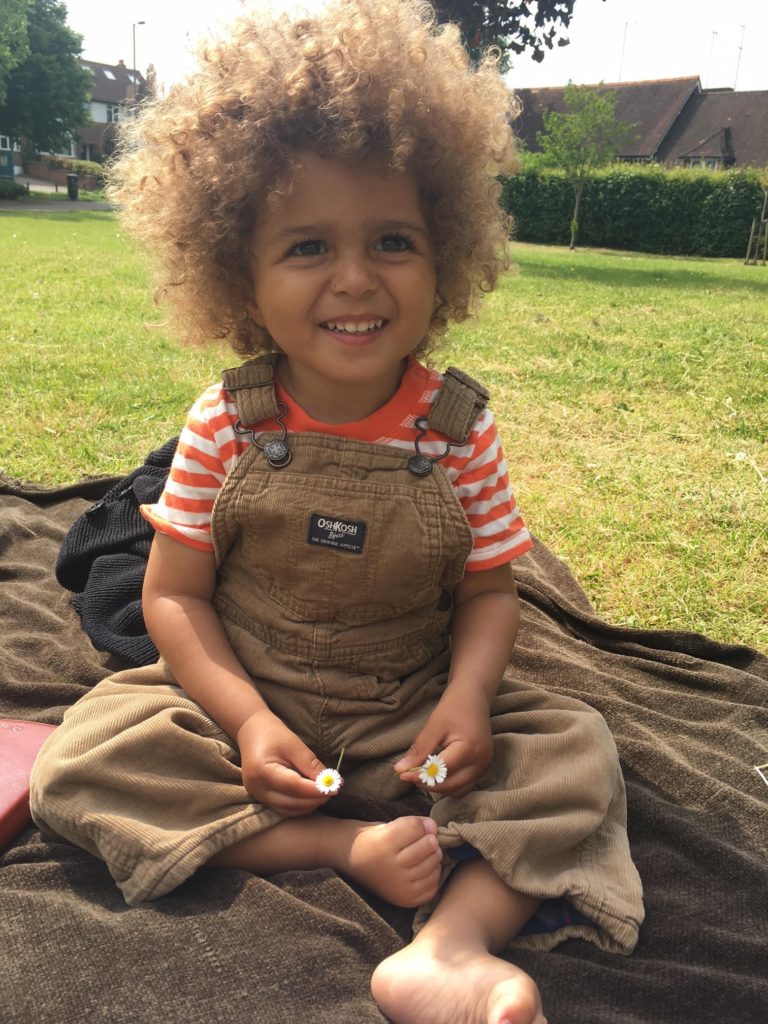 Our son Miika was born in January 2014 along with his twin brother Lonnee.  He was healthy, but always a few weeks behind his brother – but twins are always different.

At around 18 months old Miika became fussy with his food and didn’t eat much, which we just attributed to being a “toddler thing”.  He also become lethargic and uninterested in playing.

In August 2015 we went on holiday to France.  Miika only wanted to sleep, hardly ate and was irritable the whole time.  When we got home the doctor thought it was a virus and prescribed antibiotics, but there was no improvement – he was even falling asleep sitting upright in the lounge, so we knew something was wrong.

I tried some one-to-one time with Miika and took him to a café for his favourite lunch, cheese on toast, but he didn’t touch it and just cried the whole time.  The concerned waitress suggested taking Miika to A&E; I felt silly because he looked fine – but I knew something wasn’t right, so off we went.

After numerous blood tests and X-rays they found that Miika’s heart was enlarged but they didn’t know what the problem was because they weren’t specialists.  We were transferred in a CAT’s ambulance to Bristol Children’s hospital ITU where they diagnosed Miika with Dilated Cardiomyopathy.  I felt a little relief because now they could treat him properly.  Little did I know that nine months later he would be on the transplant list.  A few weeks later we were transferred to GOSH as an outpatient and Miika was also diagnosed with Restrictive Cardiomyopathy – the rarest form of the disease.

We had hoped that Miika would go for longer on his own heart but a cardiac catheter in May 2016 showed that the pressures on his lungs are high; it can’t be allowed to deteriorate further otherwise he won’t be eligible for a transplant.

Discovering that Miika would need a heart transplant was a major shock.  The thought of our little boy having to go through such a massive operation is very stressful – but we remain positive that we are in the best place in the UK for medical treatment so we must have faith in the doctors and surgeons.  The thought of someone else losing their child to help our child deeply saddens us – and knowing that another family would even think to help another child in need at such a terrible time makes me cry every time I think about it.

Every day we feel guilty about Miika being unable to run around and play with Lonnee.  We hope that medicine will also progress to prolong the life span of the transplanted heart so that they can be together for a long time. I didn’t know before all of this is that a transplant doesn’t necessarily mean a child will live until they are 80 for example – many people I have spoken to just assume that a heart transplant sorts the problem and you lead as long a life as anyone else.  We hope medication and research will eventually enable the recipient to live as long as the average adult.

We would love Miika to be able to enjoy school and have his own family one day.  That is what a new heart will give him – it will change his life.  We have to think positively and believe that a selfless family will give Miika the precious gift of a new heart.  Without that our family won’t be complete.

This whole experience has completely changed our thoughts on organ donation.  In fact, I feel embarrassed to say that before this happened to our family I actually felt very strange about the thought of donating our organs – I had kind of ignored the whole thing and didn’t want to talk about it.  How my opinion has changed!  We are all now registered as organ donors and I try as much as possible to talk to others about it but it can be a delicate subject for some, I know.  All I know is, that now we are on the receiving end – it will literally save not only our son’s life but his twin brother’s life and our whole family’s life to know that Miika can be with us and live his life as he should and enjoy the things in life that we are blessed to have – the simple things: love and family – that’s all we need.  Without a new heart, our family won’t be complete.