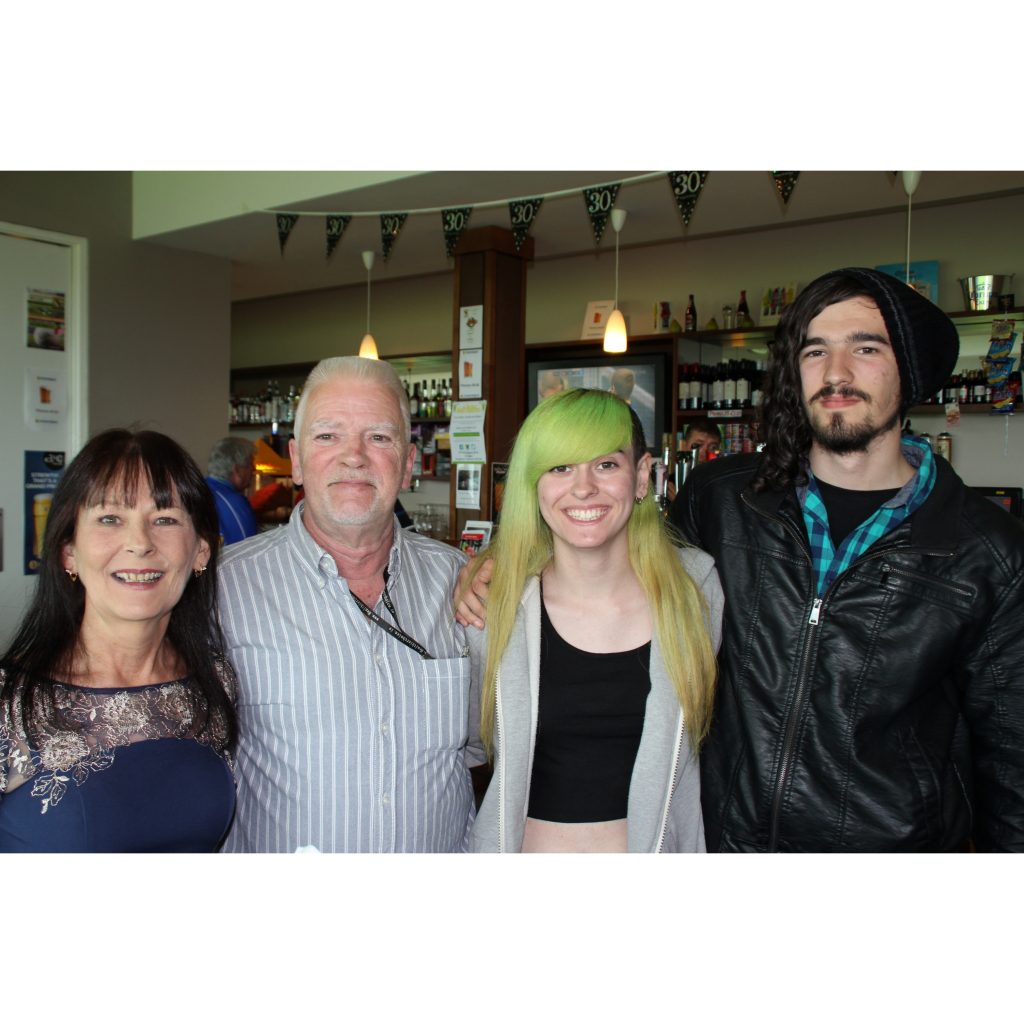 On 20th May 2011 I was celebrating my 50th birthday with friends and family. Everyone was telling me how fit and healthy I looked and that I looked ten years younger. So it was a big shock to everyone when, eight days later, I was on life support in ICU.

It could happen to anyone when they least expect it…

On 20th May 2011 I was celebrating my 50th birthday with friends and family.  Everyone was telling me how fit and healthy I looked and that I looked ten years younger.  So it was a big shock to everyone when, eight days later, I was on life support in ICU while doctors tried to make me stable enough to have a CT scan; my body was in Septic Shock and all of my vital organs had shut down.  A machine was breathing for me and I was hooked up by emergency neck line to a Haemo Dialysis machine.  There was no improvement in my vitals so the doctors decided to take me to theatre and perform an emergency laparotomy to find out exactly what was going on inside.

Two days prior to this I had been experiencing severe but intermittent abdominal cramps.  I thought I had picked up some sort of gastro bug so did not seek medical help; I thought it was one of those things you need to “ride out”.  On the third morning my partner came home to find me in a state of collapse.  An ambulance was called and the hospital emergency team immediately instigated the “Sepsis Six Program” on my arrival.

The laparotomy revealed that my bowel had suffered a diverticular perforation.  My bowel was resectioned and a stoma created, which required a colostomy bag.  My family were told the survival rate was only 20% and that the next 72 hours were critical.  I was blessed to be one of the lucky 20%; I survived and improved over the 72 hours and most of my organs began to function over the following few weeks while I was kept in an induced coma.

My kidneys were not showing any signs of recovery.  The nephrologist did not want to perform a biopsy at this stage as it was hoped the kidneys were simply hibernating while they recovered from the shock – a term known as Sleepy Kidney, which is quite common after renal transplantation and also common following an injury from Sepsis.  In the majority of these cases the kidneys make a full recovery (a biopsy at this stage might cause further shock to the kidneys).

I continued dialysis in ICU until my body had stabilised enough (one month later) to be transferred to the National Renal Hospital.  I continued my recovery at Beaumount Hospital Dublin as an inpatient for three months under a top renal care team.  I was discharged to outpatient dialysis at the same hospital and continued dialysis until December 2011.  At that point it was decided to perform the biopsy on the kidneys as they had showed no signs of recovery and were currently functioning at 4%.  The biopsy showed over 95% damage to the Glomeruli with no possibility of repair, meaning that long-term dialysis would be required until I was accepted on the transplant list and received a kidney.  The average wait time for a Cadaveric kidney donation was three to five years.

At the time I was a single parent to a nine-year-old little girl.  Although I was nowhere near fit enough to do so I had no choice but to resume work and attended outpatient dialysis at night time.  I was on fluid and food restrictions, I could not have more than a total of one litre of fluids in 24 hours, and I needed to cut so many foods out of my diet because they contained phosphorus, potassium or both – meaning a very bland diet with little nutritional value.  It is hard to imagine that all of the nutrients your body requires to keep you strong and healthy can also kill you if taken in excess with no kidneys to rid them from your body.  Potassium alone – in excess – can bring on a serious heart attack.  My kidneys were no longer producing the hormone EPO (erythropoietin) which is required by our bone marrow to create red blood cells; because of this my haemoglobin count was also low, resulting in anaemia.  This caused exhaustion, hair loss, palpitations and other side effects and I had to inject myself three times weekly with a manufactured version of EPO along with IV iron infusions every couple of months.

Until my kidneys stopped functioning I had never before appreciated just how much work they did for my body to keep it feeling as fit and healthy as I did prior to the failure.

As part of the transplant work-up process I was advised to have a “reversal surgery” to remove the colostomy bag and allow my bowels to resume normal function.  In September 2012 I underwent this surgery and, for some unknown reason, my kidney function improved immediately, albeit only by 10%, putting me at 15% function. It was decided to hold off dialysis to see just how long the kidneys would function and to see if they would improve.  I was monitored closely having blood tests twice weekly.  The kidneys were losing function at the rate of approximately 1% per month and in June my kidney function was back down to 5% and it was agreed that it was time to resume dialysis again.  I was booked to have an AV fistula procedure formed to allow a more permanent form of access for dialysis (I had previously been receiving dialysis through a perm cath line).  I would resume dialysis once this fistula had matured enough; it was created at the end of June and I was booked to begin dialysis eight weeks later.

One week before I was due to begin dialysis, I received the call I did not expect for at least another year or two.  It was from the transplant co-ordinator; an almost perfect match had been found for me. It is almost impossible to explain the rollercoaster of emotions I experienced during that call and the hours following it.  There was great sadness knowing someone loved had lost their life, there was euphoria knowing I was given this chance to lead a much better quality of life then I had been living for almost two years, and there was a lot of fear with regard to the impending surgery and the risk involved, along with the fear of rejection.

I received my precious gift on the morning of 17th August 2013.  The kidney started to work and was making urine before the surgeon had finished closing me up.  The morning after the surgery I was up and out of my hospital bed. My skin tone looked healthier and I could feel a physical difference immediately.  I was hungry, something I hadn’t been in a long time, and when I was given breakfast I could actually taste every morsel (something else I hadn’t experienced in a long time).

I was sore at the surgery site but with pain medication this was bearable.  24 hours after my surgery I was able to manage a short walk around the hospital ward.  My haemoglobin was 16; before the transplant it was less than half of that.  I went from having less than one litre of fluids to being encouraged to take three litres of fluids; I was allowed dairy products, fruit, and vegetables, foods I had not been able to have in a long time.  In the beginning I was on high doses of anti-rejection medications, including steroids. These all brought their own side effects, some of which required getting used to, but as time has passed the dosage of all the medication has been greatly reduced along with the associated side effects.  I barely notice any side effects any more.

Now I have the energy to enjoy life and adventures with my young daughter.  We are able to travel without the worry of being tied to a dialysis machine and I have no medical treatment schedule to adhere to, other than to take a few tablets in the morning and again at night.  My kidney transplant is not a cure, it might not last forever and someday I may need to do it all again – but for the chance of the quality of life I can now live I would happily do it all again.  I will only have this option if there are more heroes like my donor out there – who are willing to sign the organ donor register and make their wishes known to their family.  I am an Organ and Tissue donor and I hope that someday my organs and tissue and give back life to many in that same way that my superhero gave life back to me.