Kim was really struggling by the time she got the call 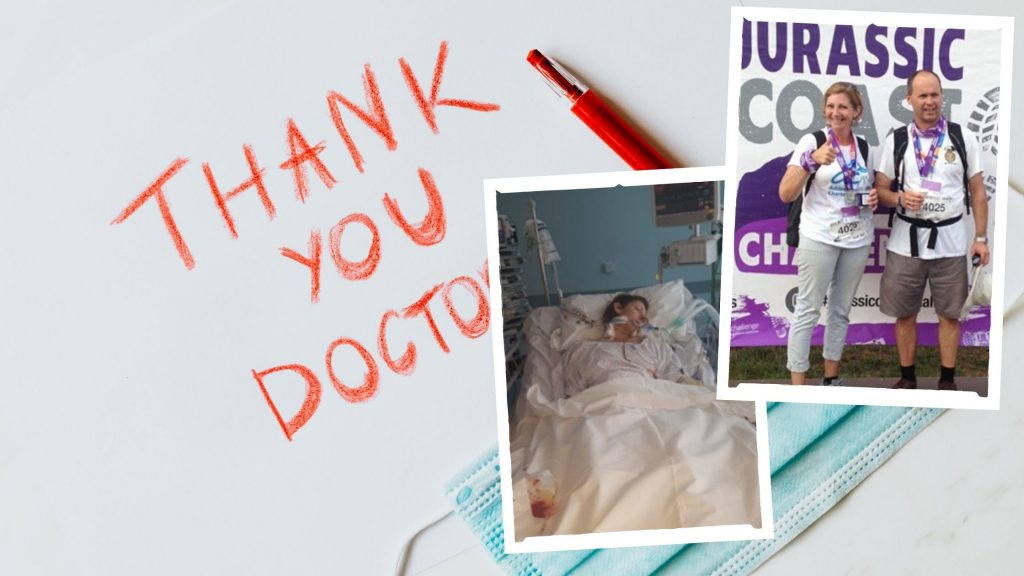 Hi, my name is Kim. At the age of 30, I was diagnosed with an autoimmune liver condition called Primary Biliary Cholangitis. At the age of 44, they started talking about a transplant. I was terrified. This is my story.

Hi, my name is Kim and in 2000, at the age of 30, I was diagnosed with an autoimmune liver condition called Primary Biliary Cholangitis. I started on medication with 6 monthly hospital checks until 2015 when, at the age of 44, my bloods started to deteriorate and I was referred to Southampton General, where they started talking about a transplant. I was terrified and had never really thought it would get to this stage.

I mean, I’d never met anyone who had had a transplant… it was the sort of thing that you just hear about on the TV… right?!

Luckily for me, Southampton General comes under the area for the transplant unit in Addenbrookes Hospital, Cambridge. I was sent there in December 2015 for a 3-day assessment to see if they thought I was at the point where I needed to be put onto the organ transplant waiting list. The assessment consisted of ultrasound scans, lots of blood tests, CT scan, strength tests, breathing tests and lots of meetings with amazing doctors. At the end of the 3 days we all sat in a room and they delivered the news that my liver was failing and I had about a year, so they gave me the option to be put on the transplant list. I felt like I was looking at someone else’s life, this couldn’t be happening to me. I think I said, ‘yes please’, and thanked everyone very much before leaving for the 4 hour journey home. It was a quiet journey as I don’t think either my husband or I knew what to say. My head was spinning. What if they didn’t find a donor? That was my worst fear. How poorly would I become while I was waiting? Would I become too poorly to be able to have a transplant?

I got home, told my children and the rest of my family. I told them of course that it would be fine and I’m fine and everything’s fine! Over that weekend, I planned my funeral and wrote lots of things down, trying to get my ‘ducks in a row’. Then on Monday morning I went to work and back to my life.

Over the next 17 months, I had regular blood tests and visits to Southampton to see the transplant team from Addenbrookes, getting to know them very well! I tried to keep fit and healthy but gradually life became more and more like walking through treacle. My yellow tinge became more noticeable. My appetite wasn’t great. I think my stubborn streak kicked in and I was determined not to become an ‘invalid’, I had passed the year mark and was still going.

In May 2017, I had a conversation with my sister telling her that I thought I’d have to give in and give up work as I was exhausted. Amazingly, that night at 1.30am on 10th May the phone rang. ‘Hi Kim, it’s Addenbrookes. I think we have a liver for you’! Part of me thought I was still asleep and did I hear right? I said, ‘I’ll be there in 4 hours!’. Then it was a mad scramble of waking people, phoning people, finding the case I’d had packed for almost a year and a half (with a quick check to remind myself what I’d actually put in it, all those months ago!). Then we were on our way. We arrived at about 5am and were shown into the Transplant Unit. I had a few tests, put a gown on and then we waited. It was a long day, waiting for news to see if the liver was OK and when it would get to the hospital. I was very hungry, tired, scared and emotionally drained, but my thoughts kept turning to the person whose liver it was and their family, wondering what they were going through at this time.

Eventually at 7pm, my lovely surgeon (who just happened to be on call!) arrived on the ward and delivered the news that the liver was amazing and he’d see me in half an hour! Panic set in at this point, as well as relief.
I went into the operating theatre, after saying goodbye to my family, and it was full of people! Lovely, lovely people. Everyone put me at ease. It was like it was just another day for them, I felt totally confident in their hands. The next thing I knew was the next morning. The operation lasted 10 hours and was successful. I was now in intensive care. I remember lots of tubes, machines and very nice nurses. I don’t remember much else, except hearing my family’s voices. My recovery was good over the next 2 weeks, I went from intensive care to high dependency then onto a small ward in the transplant unit. I had one scare of rejection but it was dealt with quickly by increasing my steroids and anti-rejection medication.

I still have regular checks with the transplant team but am back at work and even managed to walk 50km 12 months after my transplant, to raise money for Addenbrookes. I think I have struggled emotionally more than physically, it’s a lot to take onboard and there are many emotions that I have been through and still go through to this day. They say that hard things are only sent to those who can deal with them, and that gives me strength. I think of my donor every single day and their family, and what my family would have been through without them. They made the hardest decision in the world to save my life and I will forever be thankful.

Please sign up to be an organ donor and PLEASE tell your loved ones your wishes. It is so important to have that conversation. I never thought I would need an organ to save my life.