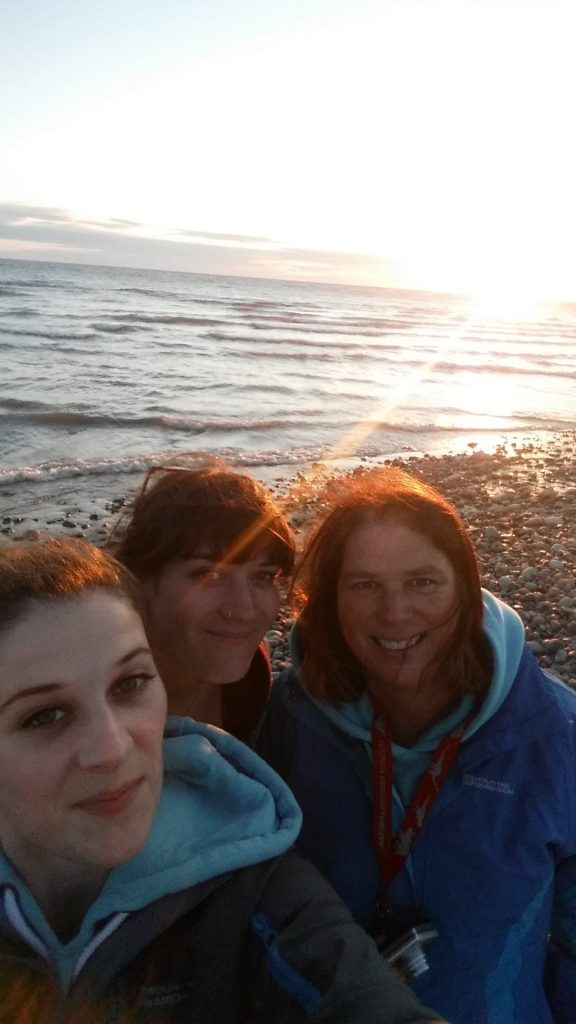 It was so surreal; nearly four years had passed since she joined the list. Part of me had thought it was never going to happen. That drive to the hospital was the longest hour-and-a-half drive ever.

In October 2012, my mum picked me up from my nail appointment as usual, but when I got in the car I could tell she had been crying and wasn’t herself.  I asked her what was wrong but she wouldn’t tell me until we got home, when she told me her kidneys were failing.  In that moment, I was completely lost, it was as though the ground had been taken from under my feet.  Only the previous week I had studied the kidney in my A Level biology class.

For a while I didn’t really cope.  As time went on I thought: “one day closer to getting that call”.  However, as the months passed there was still no call.  At this point her kidneys had failed further and we were told she would need to go on dialysis.

On 26th July 2016, I was away from my desk getting a drink and missed a call on my mobile.  Thinking it was just a cold caller I Googled the number.  When the results came up my heart skipped a beat – Derriford Hospital!  I tried to ring my mum to see if she had heard anything; the line was engaged, as was her home phone.  At that point, I started to get nervous.  Then she rang me – it was time.

It was so surreal; nearly four years had passed since she joined the list.  Part of me had thought it was never going to happen.  That drive to the hospital was the longest hour-and-a-half drive ever.  When my partner and I arrived at the hospital my mum was already there.  We sat for what felt like forever cracking nervous jokes about how she could now wear her dream dress for my wedding (since starting dialysis she had battled with her weight).  Then another gentleman arrived with his wife; they were there for the same reason.  They sat next to us in the tiny waiting area thinking the same as us – one of them was getting the kidney and the other was going home.  It was horrible.  We had been told when we started the process four years earlier that there would likely be more than one person being cross-matched – but to find ourselves sitting next to them was a whole different feeling.

They both went to have their bloods taken, along with all the other tests.  30 minutes later he walked past us and just smiled.  My heart dropped – but then he told us the news: there were two kidneys!  They were both getting the gift of life from the same amazing donor.

On day 10 post-op I was able to take my mum home.  It felt as though we’d made it over the first of many hurdles.  The next few hurdles were harder.  I could see she was struggling, both physically and mentally (my mum works hard and sitting around isn’t her thing!).  I could see she was unhappy with her progress even though she was putting her usual brave face on things.  Then one day a nurse put it into perspective.  It was as though she had post-natal depression: she expected to go home with her new kidney and be out and about enjoying her new life, but she had a long recovery process ahead of her first.

Seven months on she is doing amazingly well; I could not be prouder of how far she has come.  She’s back to working full time, swimming in the mornings, out with the dog and volunteering every other Saturday morning at Parkrun – we are determined that one day she will take part!

Her new lease of life is all down to that amazing one man and his family for agreeing to donate.  Every time I see her I can see a small amount of improvement and each time I think of that man and his family.  They did a truly wonderful and selfless act.  In their time of heartbreak they put others’ needs before their own.  We owe them so much; thank you simply doesn’t cover it.

I can understand why so many people don’t donate.  The thought of it used to weird me out too, but it’s not till you’re in that position that you see organ donation in a whole new light.

I want to share my story with as many people as I can to help raise awareness.  It’s so simple to become a donor, yet so few do.  The strength and courage my mum has shown has inspired me.  My new year’s resolution was to stop telling myself I can’t do things – my mum has shown me you can achieve anything if you try hard enough.  So, I will be running the Plymouth half-marathon in April to help raise money and awareness for organ donation.  I will be wearing my Live Life Give Life vest with pride.