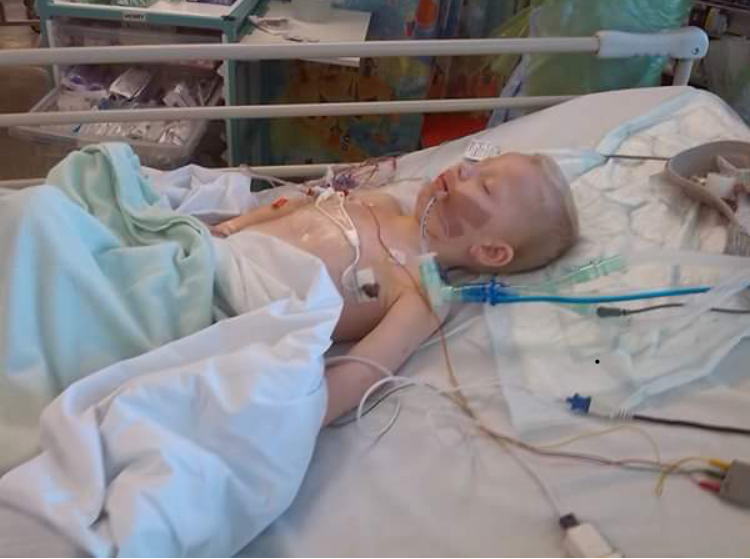 In March 2018 we got the call to say a donor had been found. Jay received two kidneys, a pancreas, liver and small bowel during a 10-hour operation at Birmingham children’s hospital. After the transplant Jay began to thrive and more and more tubes got removed. For the first time in 8 years Jay was able to swallow food. He is now a lovely 10 year old that can enjoy his life.

Jay became very poorly at only 6 weeks old. He was unresponsive, wouldn’t feed, floppy and pale. He began vomiting green bile so we called an ambulance who took him to the nearest hospital. After many tests the doctors did not know what was wrong with Jay and at that point didn’t realise how unwell he was. After several hours waiting on the ward Jay crashed and had to be resuscitated. He was transferred to a NICCU area of the hospital as they didn’t have an intensive care team.

The intensive care team came from another hospital to try and save Jays life. At this point no one knew what was wrong him and they were struggling to keep him stable. Eventually after about 4 hours of trying they managed to stabilise Jay enough to transfer him to a more specialist hospital, they stopped by another hospital on the way to check Jays heart which at the time was ok. When they reached the specialist hospital with doctors still unsure of what was wrong they did exploratory surgery and found that Jays small intestine had twisted causing it to die inside him. As the body went into shock from the toxins his brain got damaged and his kidneys stopped working.

Jay was transferred to another hospital where he was put on temporary dialysis. Throughout all of this Jay was sedated and we were unsure of what his mental state would be if he managed to survive. They removed all of Jays small intestine at this point and we were told he would not be able to eat again and they placed a Hickman line so he could get all of his nutrition through his veins. Once his kidneys stabilised he was transferred back to a local hospital and placed on intensive care for several months.

After 9 months in hospital and lots of training I was able to take Jay home. He lived with me for several years on total parenteral nutrition and we were under the care of gastroenterology and the nephrologist. Over the years Jay had many hospital admissions with line sepsis and other illnesses. We were told that over time Jay would need a transplant to survive as during that time his kidney function got worse and also his liver deteriorated. In December 2016 we got the call to say Jay would go active on the organ transplant waiting list.

In March 2018 we got the call to say a donor had been found. Jay received two kidneys, a pancreas, liver and small bowel during a 10-hour operation at Birmingham children’s hospital. After the transplant Jay began to thrive and more and more tubes got removed. For the first time in 8 years Jay was able to swallow food. He is now a lovely 10 year old that can enjoy his life. He takes daily medications to keep his organs working well and has a stoma, but to look at him you wouldn’t know he has been through any of this. Everyday I think of the family that made this possible and there is a mixture of emotions, I will be forever grateful, but also I feel their loss deeply.