James and Kate Lewis – Turning Ends into a Beginning 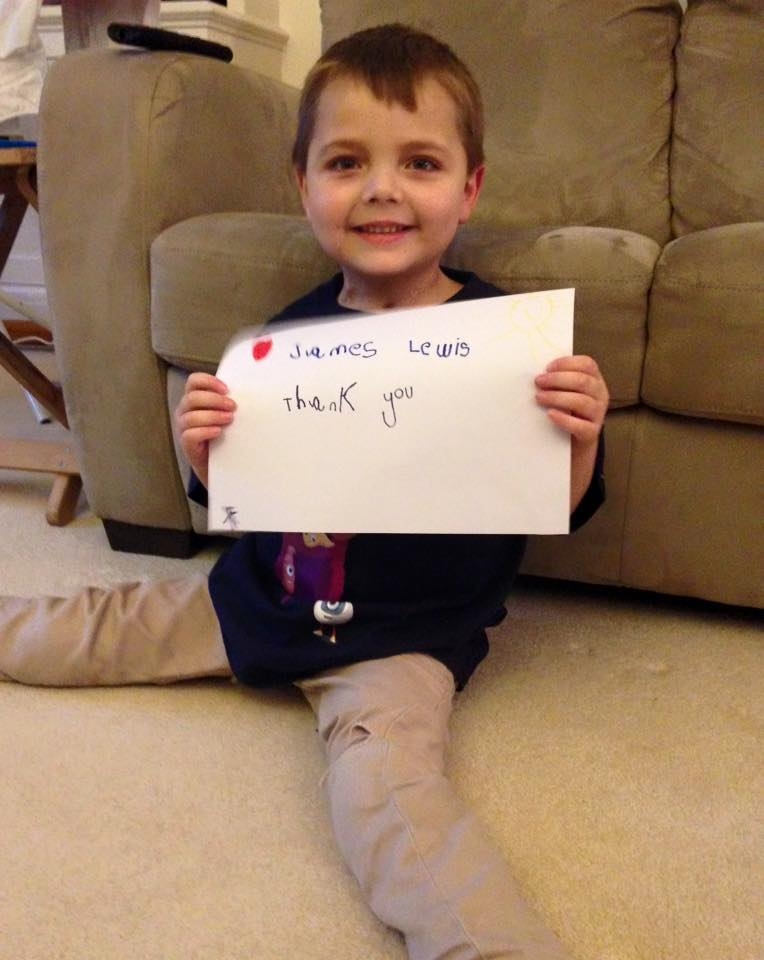 My son, James Lewis, is an Ambassador for Live Life Give Life and has had two new beginnings!

At the age of 3 James was diagnosed with Restrictive Cardiomyopathy, a degenerative and incurable heart condition. This came as a massive shock to us as James was born a healthy third child in a family with no history of heart conditions.  His only hope would be a heart transplant.

James spent 15 months awaiting a new heart.  In July 2014, his condition worsened and he was admitted to Southampton Children’s Hospital, where he was put on IV drugs to support his heart.  In September that year he was transferred by air ambulance to The Freeman Hospital in Newcastle to improve his chances of getting a new heart.  He arrested a few weeks later and was put on to mechanical support whilst he waited.

James’s other organs were now suffering from poor perfusion and his kidneys started to fail.  At the eleventh hour he got his life-saving gift of a new heart – just in time.  He spent another six weeks in PICU at the Freeman, where doctors fought very hard to overcome many complications, including a stroke and chronic pancreatitis.  James’s strong will to live, his fantastic new heart and the dogged determination of his medical team won through.  At the end of January 2015 he was transferred back to Southampton Children’s Hospital, where he started haemo-dialysis and recovered from his complications.

James learnt to walk again and started school in the summer term of Reception, in between dialysis sessions.  He made good progress and attended school for two days a week throughout Year 1, whilst continuing dialysis.

In July 2016, I donated my left kidney to James.  We are both recovering well and are delighted to report that “Sidney the Kidney” is doing a great job!  Never has anyone been so excited about doing a wee!

Thanks to the work of Live Life Give Life and all its members, in addition to other people around the country sharing the message about organ donation, together with our fantastic NHS, James now has great quality of life.

Organ donation has transformed James’s life.  Just in time his end was turned into a new beginning.