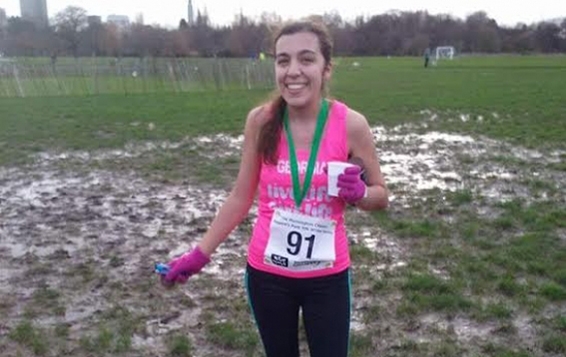 New Year. New Challenge. But the same worthy cause: to raise as much as possible for Live Life Give Life and, most importantly, to raise awareness of organ donation.

Last year certainly made our family realise how scarily fragile life is as we came very close to losing our cousin, Jamie.  Jamie had two liver transplants as a child, so when it came to choosing a charity when I ran my second Great North Run, I looked for a transplant charity and that’s when I found Live Life Give Life.

Shortly after that I was asked if I would like to be an advocate and I and took up this role.

This year each advocate has been given a month to blog and try and do something for the charity.  For me January spells the start of my biggest running challenge yet for LLGL.  This year I’m going to run one race a month, from 10k to marathon distances, with the aim of raising £1,200 for the charity.

This month’s event was my shortest – it’s just after Christmas and New Year after all, so better ease in gently!  10th January was a freezing cold morning as we headed into London in the dark to get to Regent’s Park in time for the start.  Luckily the run followed the paths as the grass was pretty churned up.  Three laps of the park took in the monkey and goat pens at London Zoo and a park full of bemused dog walkers and other runners who looked surprised to see several hundred people charging past.  10k later – and my best ever time of 48 mins 36 secs – there was an array of yummy snacks to be had (the best part of any run!).

Along with it being “my month” I returned to school.  My old secondary school has allowed me to give talks to the sixth form students for the last eighteen months; these talks fit into their enrichment lessons.  This time round I spoke to two separate groups – around 120 students.  I talked to them about the process of organ donation – who can give, what can you give and how important it is that they understand that myths such as “the doctors won’t save me if I’m a donor” are completely untrue.  I also talked to them about the reasons why people might need a transplant, my cousin Jamie, and how people go about getting on to the transplant list.  I also shared with them that there are far too few donors and that the main way to resolve this is to increase awareness and consent.  They went away knowing how important it is to talk about organ donation with their families and even each other.  They also got a chance to tell me what they thought of organ donation and transplants.  This year’s suggestions included: life, death and gift which I think summarises the topic fairly well.

Hopefully this will be a year when I can contribute to our funding of transplant research and raising awareness of organ donation, hopefully via sign-up stalls at some of the events I am taking part in.  Roll on next month!