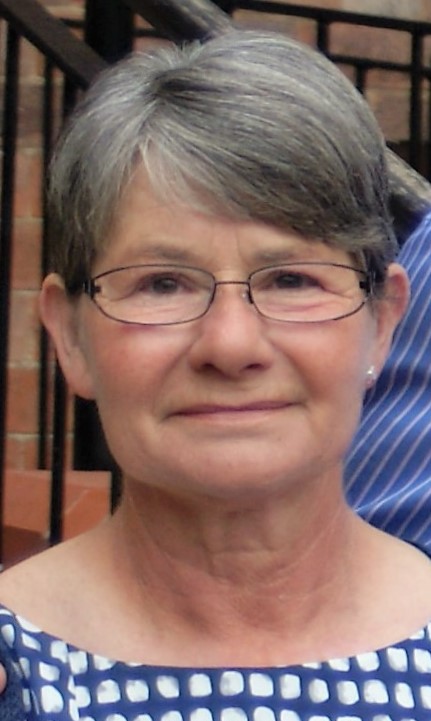 “It gives us all so much solace and comfort knowing that, even after her death, she is helping another person and we wish that person a long and happy life.”

On 13th September 2016 my wife, Hilary, slipped whilst getting out of bed and broke a small bone in her left wrist. A week later she was dead. Hilary was only 66 years old and we had been married for 45 years. She was small in stature, but she had a huge personality. She was witty, caring, intelligent, a brilliant cook and a wonderful wife and mother to our two children.

At the time of Hilary’s accident we were on holiday in rural France. We went straight to the local hospital and she was offered the opportunity to have the fracture repaired the next day. She spent two nights in hospital. After the procedure we spent two days sightseeing until she collapsed on the evening of 17th September 2016, never to regain consciousness. I placed her in the recovery position but was unable to summon an ambulance for some time – the emergency services were not keen on sending an ambulance; I had to plead for one. When they finally arrived they called for more assistance from a doctor and two paramedics and, two and a half hours after Hilary had collapsed, they took her to the local hospital. Despite there being two ambulances I was not allowed to travel with her; I stayed at the cottage.

The hospital rang at 4 am to tell me that my wife was gravely ill and was being transferred to Toulouse Hospital and that I must go there
immediately. I found Hilary in the Intensive Care ward, connected to wires and tubes. The facilities were state-of-the-art and there were lots of staff; she was in her own room.

On 20th September 2016, together with my children, we met with the whole medical team plus two members of the organ transplant team. We were told that there was no hope of recovery. The cause of death was a clot in an artery in Hilary’s brain that had blocked the blood supply to her brain. Hilary’s working life (working with adolescents in a secure environment) had been cut short in 2003 when she was diagnosed with cardiomyopathy. I believe that the clot that caused her death had formed owing to the mis-management of anti-coagulation drugs in the initial days following her accident. I believe that her death could have been avoided.

We were asked if we had considered organ donation and they seemed surprised when we immediately agreed (Hilary and I had discussed this and she wanted to donate her organs). The transplant team could not use her kidneys or liver due to medical complications, but they were able to take her lungs. It gives us all so much solace and comfort knowing that, even after her death, she is helping another person and we wish that person a long and happy life. Hilary was the best thing that ever happened to me. We all miss her so much and it’s terribly sad that her grandchildren will never meet her.

I would urge all of you to do the right thing. I know that it is a difficult time, but what could be better at such a time of personal grief than to give someone the gift of life and ease their and their family’s burden? Please have the discussion with your loved ones and sign up to the NHS organ donor register. Dealing with a sudden death of a loved is not easy – in fact is very difficult – but I am convinced that knowing that Hilary gave someone else a chance makes her death easier to bear. I would not hesitate to make the same decision again. It leaves you with a warm glow knowing that your loved one’s death was not all in vain.

Be brave; make that selfless step and donate to give some one else a chance. To coin an old adage: you know it makes sense – it is a win-win situation.

I would like to thank all the doctors and nurses at CHU in Toulouse Hospital for all their kindness, professionalism and hard work. I know that Hilary and I will be reunited one day in Heaven.