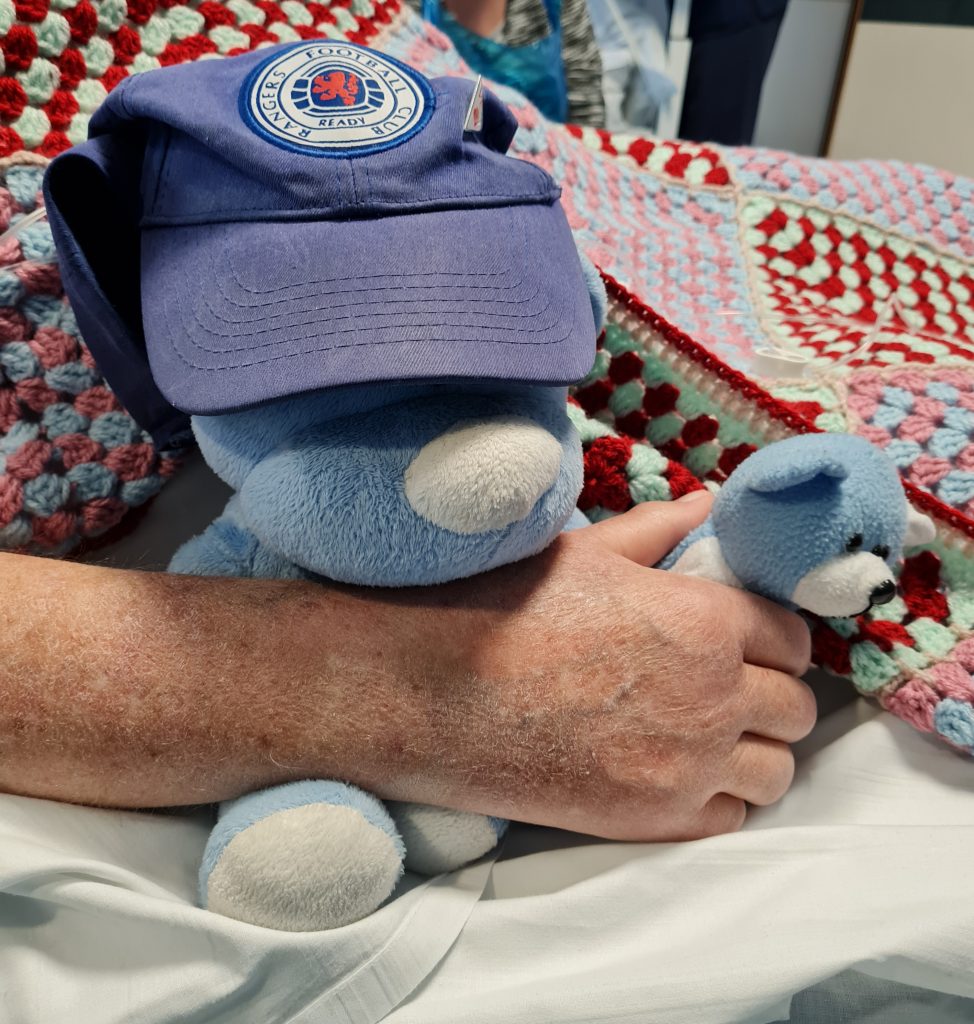 It was always my dad’s wish that his organs be donated. He carried a card when he was in the army. He joined the Royal Engineers in 1962 and left in 1983. He carried his card in his cab when he became a lorry driver.

This is the story of my dad, Angus Riddell, known to us as, Gus. He sadly died of a brain haemorrhage on Monday the 5th April, 2021 at Swindon hospital. He was 73 years old.

On the Saturday morning my dad was found collapsed at home by my mum, he was rushed to Swindon hospital where he remained in the ICU, on a machine to help him breath. The consultant declared no life on Monday 5th April, and my dad’s organs were harvested the following day.

It was always my dad’s wish that his organs be donated. He carried a card when he was in the army. He joined the Royal Engineers in 1962 and left in 1983. He carried his card in his cab when he became a lorry driver. He was an avid Glasgow Rangers fan, but he would also go to Manchester City games if he could. He was a loving husband to Josie, father to Mari and Jamie, father in law to Billy and Dennis, Gramps to Paris, Fynnlay and Lexxi-Pearl and great gramps to Poppie. A great brother, uncle and friend to many more.

We shall miss his sense of humour, his terrible jokes and infectious giggle. We are all still in shock, but so proud that my dad was able to donate both his kidneys, which helped two men in their seventies. His liver went for research and his eye tissue has been saved to help others.

My dad was 73 and we thought he might have been too old to donate. I think my dad’s story should be shared so everyone knows that age isn’t necessarily a problem. It’s my dad’s birthday on Saturday the 12th June and on Sunday we are travelling to the national remembrance arboretum in Staffordshire to see the memorial for the family donation network and of course, the Royal Engineers memorial.

Thank you for listening to my dad’s story.
– Mari simms