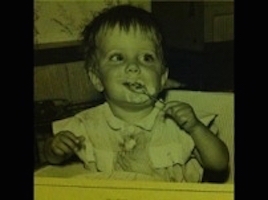 Turning an end into a beginning – Andrew’s journey, from his mother’s perspective.

When you have a new baby your world is wonderful. When he is under six months old and you are told he has a defective heart (bearing in mind this was fifty-two years ago and surgery was not up to today’s standards) and that you should take him home and love him – knowing he may be in a wheelchair by his tenth birthday and that he will never reach his teenage years – your life falls apart.

What do you do? You have a two-year-old daughter and a sick baby boy. You have to make choices. We decided that, as there was very little (possibly no) hope, we would let him live as normal a life as possible.

He was a sickly child and a very peculiar grey colour. He went to mainstream primary and secondary schools; no outdoor activities or games, but he just accepted it and lived life as best he could. He went camping with the scouts (we stayed in the village nearby otherwise it was too much responsibility for the leaders) and he went out with his mates. Many a time we were called to pick him up because he felt ill. He spent quite a bit of time in and out of hospital with chest infections but still carried on. He was even able to hold down a full time job in retail. In 1984 he was in hospital but, as his sister’s wedding was approaching, we managed to get him out to attend.

He was not well, the bouts of illness became more frequent. He was assessed and put on a list for heart transplant surgery just before Christmas. He was called in for surgery the following February. When we saw him the day after his operation he was a pink colour for the first time.

This story all happened nearly thirty-two years ago. We have never looked back.