A New Heart for Nicola 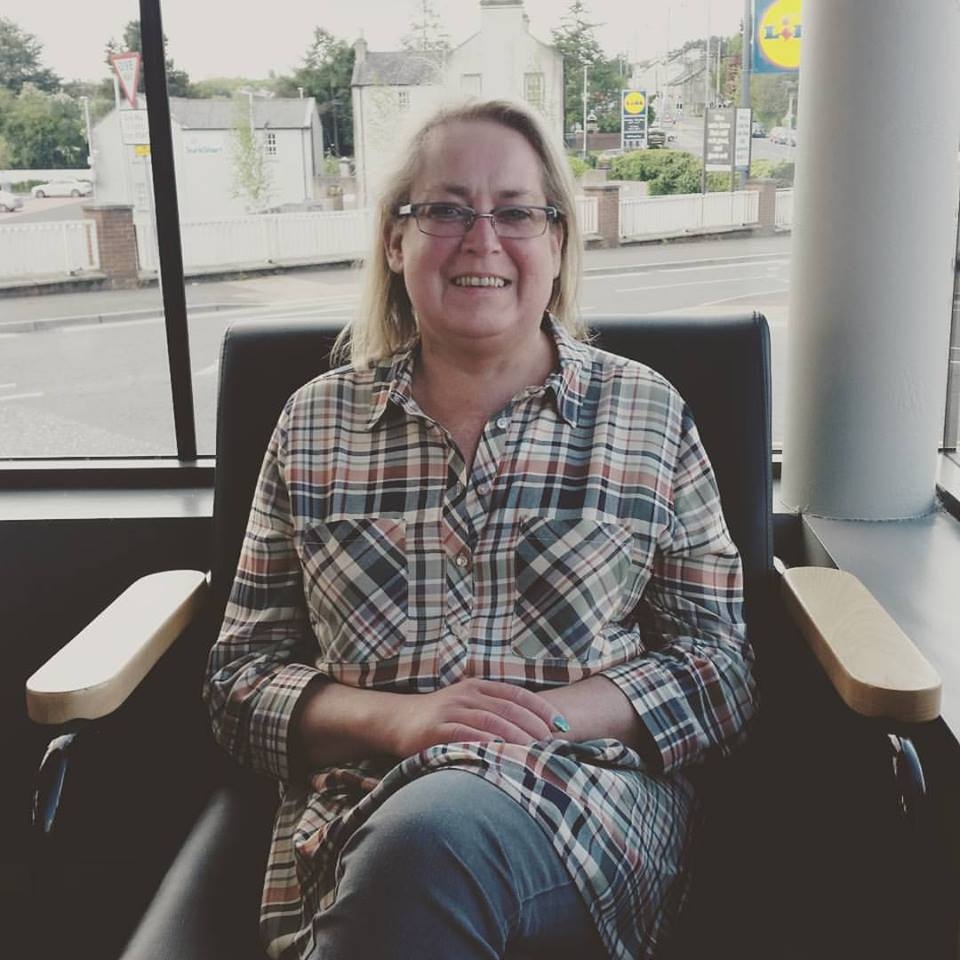 It is the strangest feeling finding out that you have made the transplant list because you are forever hopeful of a match but are aware that someone else is going to suffer a major loss for you to get that match.

In 2007 I was diagnosed with arterial fibrillation.  After numerous operations over the years it was spotted that my heart was failing – Cardio Myopathy.  The drugs controlled it, but by 2014 my condition had deteriorated sufficiently that I needed a transplant.  I was referred to Wythenshawe in November 2014 for a full assessment to ensure that I would be fit enough for the operation.  I was given the all clear at the beginning of 2015 but was rather overweight and needed a certain BMI before I could be listed.  As you can imagine this was not an easy task as I was unable to exercise as I could not breathe.  Just moving from room to room was a terrible effort; I had to have friends in to do my cleaning and shopping etc.  I was also retaining a massive amount of water so was in and out of Nobles CCU like it was my second home.

At the beginning of 2016 I was admitted into Nobles again as I needed help clearing excess water.  Once this was under control we realised I had hit the magic BMI!  I was immediately airlifted to Manchester to get me to a certain level of heath for listing.  Eventually, on 3rd March, my Consultant Cardiologist sat on the end of my bed and told me that I had been added to the urgent list and would not be released from hospital prior to surgery.

It is the strangest feeling finding out that you have made the transplant list because you are forever hopeful of a match but are aware that someone else is going to suffer a major loss for you to get that match.

At 5 am on Monday, 7th March one of the nurses woke me to advise I would be Nil by Mouth, but no further information was available and so all of the pre-op checks were started.  It is very unusual to receive your first match so I was not too worried and just went along with all of the protocols.  Then, at lunchtime, I was told they had agreed in principle to receive the donor heart and it was mine.

As I am sure you appreciate, everything was a bit of a blur from then.  The transplant took place that evening and 34 hours later I was sitting up in bed in Intensive Care, able to breathe by myself.  The following day I was even out of bed (drips, lines drains and all still attached) doing a very small walk to the end of the ward with the aid of the physios.  Once I was moved to the transplant ward I caught flu, so was isolated for a week (not ideal with a compromised immune system) but slowly all the wires and drips and line and drains were removed one at a time (it seemed to take forever but was only just over two weeks).  With regular physio I was discharged exactly one month after the operation.

It is a long road to recovery: monthly biopsies in Manchester and a super strict drugs regime.  They say it takes two years to recover from a heart transplant but my life now is already amazing!  I am back to being me.  If I want to go for a skeet down Strand Street because I am bored I can; if I want to meet friends for lunch I can.  My niece is 21 later this year and I am planning on flying down to Kent too see her for her birthday.  I haven’t been home for about three years as I have been too ill to travel.  I feel that there is nothing I cannot do now.  There are just a few sensible rules around germs and bacteria.  Diet-wise I just tell everyone that I eat like a pregnant lady – same rules (no runny eggs, soft cheese, pâté etc).  I obviously need to re-build my stamina but that gets better every day; I have even started back a work.

Without my donor I would not be here today and these is nothing I can say or do to thank the donor family for the gift they have given me.  The only thing I can do is respect and care for this heart as much as I can.