A heart transplant then Covid-19 – A survival story 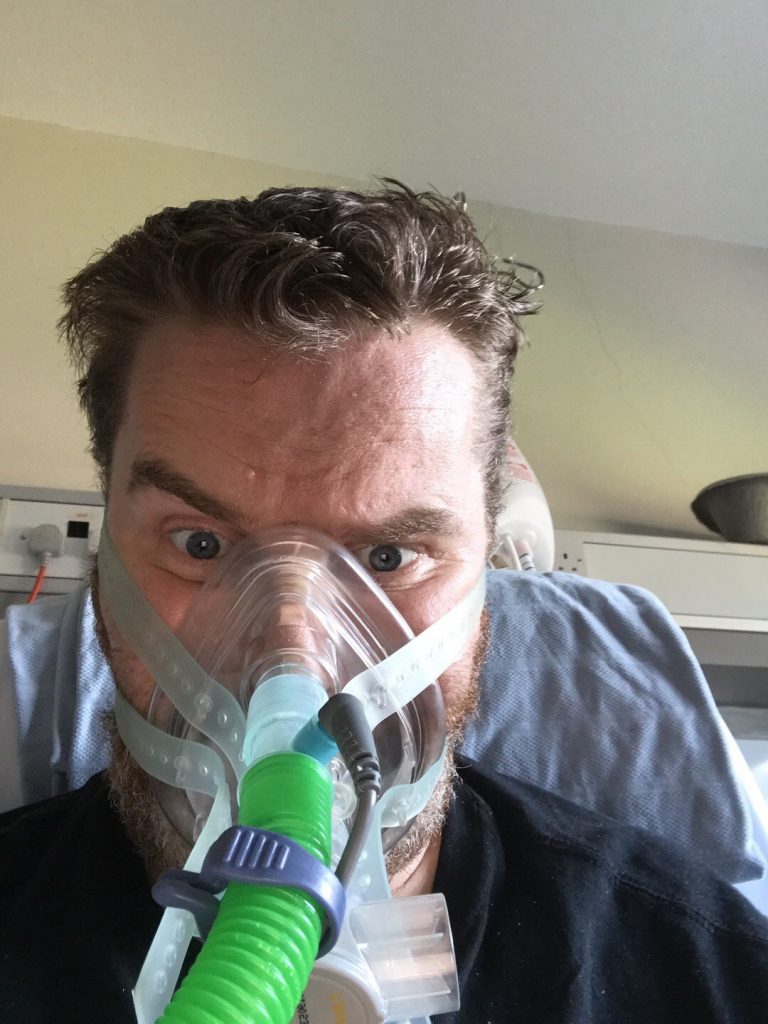 I first noticed I had problems with my heart when I was in my late twenties. It would miss beats and then beat strangely. I saw my GP who said it might be nothing but he referred me for tests all the same. That’s when they discovered that I had cardiomyopathy.

I first noticed I had problems with my heart when I was in my late twenties. It would miss beats and then beat strangely. I saw my GP who said it might be nothing but he referred me for tests all the same. That’s when they discovered that I had cardiomyopathy.

My condition, Hypertrophic Cardiomyopathy, was an hereditary one and my older brother had already been diagnosed at the age of twenty four. At that point, I didn’t know that our respective health paths would cross, but that would definitely be the case.

I lived with the symptoms for the early part of my diagnosis. I took daily drugs that helped keep things under control but, eventually, my condition started to get worse. Also, I had to keep changing medication to find one that suited me. In particular, beta blockers were a problem as they gave me many side effects. Eventually, in 2011, it was decided that an ablation would be beneficial to me. This is a procedure where scar tissue is formed on parts of the heart to stop it reacting to erroneous electrical signals caused by the cardiomyopathy. I had the ablation and it stopped the arrhythmias for a period of time.

However, things continued to deteriorate as time went on. Also, I think that life played its part in the progression of my condition as emotional stresses and strains took their toll. Sadly, my wife passed away unexpectedly in 2015, then my father was diagnosed with dementia and I had to organise care for him (and he lived in Scotland, which was miles away from me!)

Also, at this time, my brother’s heart condition had really deteriorated and he was now constantly returning to hospital. Eventually, he was referred to a specialist hospital where he was told that heart transplant was his only survival option. Thankfully, after many months of waiting in hospital and being made better to get through the surgery, a donor was found. It was August 2016.

2017 was a calm year to start with. My brother was home and recovering from his transplant and dad was settled in his care home. I travelled to Scotland to see him when I could whilst also clearing his home to sell it to pay for the care. It was a difficult time. Sadly, dad died from complications from dementia in June of that year. It was another emotional blow.

The stresses and strains of the preceding years finally came to a head in 2018 when my heart condition started to really deteriorate. It had been progressing anyway but I think the events of the previous years may have compounded things. I ended up in hospital with a racing heart, arrhythmias, breathlessness and other symptoms. A new drug regime and a cardioversion later, I was back out in the wild.

However, my condition was much worse. I couldn’t do much without becoming dizzy and faint. I was breathless a lot of the time and struggled with many day to day activities. I would often end up in A&E where the doctors would try and get my heart back into rhythm and beating normally.

I wasn’t convinced that this was going to get better and I had seen the way my brother had “gone to the wire” with his condition so I asked my GP for a referral to a specialist. She obliged and, by May 2018, I was speaking to an inherited cardiac conditions consultant about my situation. He agreed with me and, following comparison of my brother’s medical record to my own, concluded that I may also require heart transplantation.

He referred me to a specialist hospital (different one to my brother) in December 2018 and, following the results of their testing, I was told my only option was heart transplant. It was January 2019 by now and, a month later, I entered the hospital and waited on the urgent heart transplant list for a suitable donor.

I was so lucky as I only had to wait for four weeks. I was told a heart had become available and I had my surgery. I was transplanted at the age of 46, the same age as my brother when he had his operation. After a few weeks in ITU, I was strong enough to return to ward and, ten weeks from start to finish, I was back home and recovering with my new heart.

It has made a huge difference to my life and it has also extended it. I was told that my birth heart wouldn’t have lasted much longer, maybe two years, so I count myself so fortunate to have been given this gift. The recovery road has been tricky. I had double pneumonia three months after I got home from my transplant and I also recently contracted Covid19 due to my immuno suppressed state. This meant another five weeks in hospital. However, I still think I am so lucky despite these hiccups.

I try and promote organ donation as much as I can now as it has completely changed my life. Through the selfless act of others, not only has my life been extended but so has that of my brother. It is remarkable and we are both so grateful.

The recent change in organ donation is a massive move forwards but the fact remains that families still need to have the conversation so that everyone is clear what to do when the worst happens. I will never stop thinking about my donor and what they have done for me. I am forever grateful for this second chance they have allowed me.