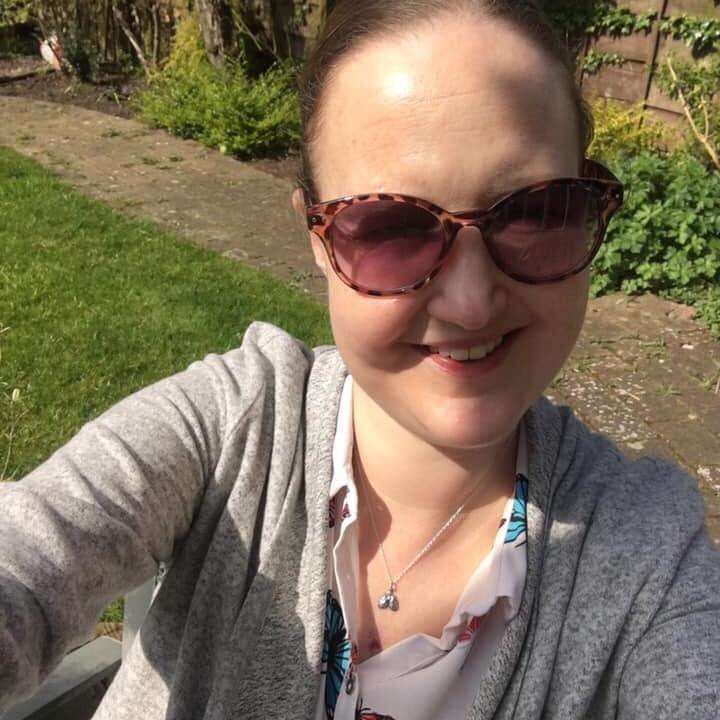 By June 2019 I was starting to deteriorate rapidly. My feet/ankles were swelling, my breathlessness became a struggle and I was starting to be sick after everything I ate. This was a very scary time for me as I knew my only option then would be a double lung transplant. I was almost wanting to give up at this point as I was fed up of being ill.

I was diagnosed with Idiopathic Pulmonary Arterial Hypertension in June 2014. I had never heard of this condition before diagnosis. It took me over 6 months to get the diagnosis as doctors kept telling me it was asthma as I kept getting breathless. By the time I got diagnosed my feet and ankles were beginning to swell, I was more breathless and I was also beginning to become nauseous and sick.

I spent a week in my local hospital-Royal Blackburn, with doctors doing a range of tests to find out what was wrong with me. They eventually said they thought it was pulmonary hypertension (PH) but couldn’t diagnose me there as they didn’t have the facilities to do it, so they referred me to the specialist centre at The Royal Hallamshire hospital in Sheffield. They did lots more tests on me to get to the bottom of why I had developed PH but as I had nothing else wrong with me they put it down to Idiopathic Pulmonary Arterial Hypertension. They where a lovely team, explaining everything to me as to what IPAH was, what treatment they would put me on, eg. Oral medication or IV line direct to my heart.

I was started on oral medication straight away. This helped me a lot as it made me feel less ill, breathless and tired. Six months after being diagnosed one of the specialists asked me to go and speak to the transplant team at Wythenshawe hospital. There is currently no cure for PH, transplant is the only option. I was put on the transplant list in late summer of 2015. It was a very scary and anxious time at this point, as I hadn’t imagined like it would get to that point.

In 2018 my condition began to deteriorate and I was put on another medication, Iloprost, through a nebuliser, in addition to all my other medication I was taking at the time. This was to help my airways open up to help me breathe easier and become less breathless. They tried to get me on the higher dose but that made me feel terribly ill, so they told me to stick to the lower dose. This did work for about 12 months.

By June 2019 I was starting to deteriorate rapidly. My feet/ankles were swelling, my breathlessness became a struggle and I was starting to be sick after everything I ate. This was a very scary time for me as I knew my only option then would be a double lung transplant. I was almost wanting to give up at this point as I was fed up of being ill.

My call for transplant came in January this year (2020). I was at my specialist centre on a routine clinic visit when I got “the call”. I was sent by ambulance from Sheffield to Wythenshawe as the PH team would not let my mum take me in the car just in case I had a panic attack. Unfortunately I can’t remember much of what happened once I turned up at my transplant centre, it’s all a blur to me. It was a very scary time and I was very nervous about it all. But all the transplant team were brilliant. I had a while to wait before I was told everything was good with the lungs, and then it hit me what was about to happen. Luckily enough I had both my mum and dad with me to try and keep me calm as well as my transplant co-ordinator.

Once I had been told the lungs were good to go, I got changed into a hospital gown and was taken to theatre. That was the scariest part, and it took me a while to settle and lie on the bed before they put me under. As far as I’m aware from what I’ve been told, everything went to plan and surgery was a success. I was in theatre for just under 8 1/2hrs. I don’t remember anything from my time in ICU and my family have had to tell me what happened and what I did. I also have vague memories from when I was taken onto the normal transplant ward. I think that the memory loss is due to all the medication.

I will be forever grateful to my donor and family as I’ve now got my life back. I’m enjoying being able to walk and talk at the same time. I can now play with, cuddle and run around after my 2 year old niece. I can eat a meal and enjoy it without thinking I’m going to be sick. I can talk without becoming breathless and taking a gasp in between conversations.

I will try my best to keep these squeaky shiny new lungs in the best health possible. Thank you just doesn’t seem to be enough to say to my donor family. I hope some day they will find comfort that their family member lives on in me.

This picture is of me and my niece 3 days before transplant. My lips are very blue and I was very breathless.

This picture is 5 months post transplant! Look how well I look!